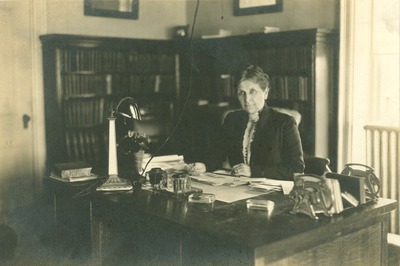 Previous Employment: Taught mathematics, secretary to the superintendent, registrar, and librarian at Hollins.

After Hollins: Retired from Hollins, maintained her home on campus, in Eastnor.

Events that took place during tenure